What Would Jesus Do on Election Day?: A Non-Partisan Christian Reflection

I think the question was meant sardonically. Or maybe the questioner already had an obvious answer to “What Would Jesus Do on Election Day?” For some, anyway, the answer is obvious: Jesus would vote for party A or candidate B because of reasons X, Y, and Z. Maybe that’s what the questioner meant. I can’t be sure because as soon as she asked the question I started writing this post in my head. I excused myself and went to my mind palace to think about the question.

It was only later I realized how odd going to my mind palace looked in the middle of the faculty lounge during a reception.

Weird or not, the Sherlockian mental space gave me what is the only real answer to WWJD2016. And I don’t think the answer is any of the following:

Well, it might have been the last one, but if you are reading this that probably wasn’t the case. Jesus might have a trick or two up his sleeves (unless he really is wearing a tuxedo t-shirt, which has no sleeves per se), but we’ll have to see.

As soon as you list all the ridiculous things Christ is likely not to do, it becomes immediately evident what he would do if he was living in America in 2016. What would Jesus do on election day?

On election day Jesus would, of course, die for the redemption of the world.

In all of these questions, the answer is always the same: Jesus would lay down his life. Every time. Jesus would always do this in the face of power, chaos, and darkness. Laying down his life was what Jesus did on Calvary. God is a god who surrenders self, and did so all the way to the cross. And laying down our lives is what he calls all believers to do today.

So anytime we ask the question, “What Would Jesus Do?”, the very next question is, “What Should I Do?” Perhaps we have forgotten about all those little rubber WWJD bracelets that fill landfills and memory boxes across America, but I think the answer is obvious. As Christ laid down his life for others, we should do the same.

A quick proviso. No doubt some of you are committed in some way to the election process. Perhaps you are applying your legal skills as one of the legion of safety checks in the American system. Perhaps you are on the phone getting the vote out, or driving people with accessibility issues to the polls. Perhaps you are handing out flyers or dialoguing on facebook with potential voters. Maybe you are in the media and today is your day to be a truth-teller. Or maybe you are pulling a 16-hour shift because money doesn’t stretch as far as it used to, and you had to cast your vote early. Perhaps you have a badge, and you are reading the crowd in a way that many of us cannot duplicate. For those of you with something essential to do on Election Day 2016, this post is not for you.

Likewise, for those of you who are passionate about party A or candidate B, my suggestions won’t help. If you want to be a powerful voice in backing a particular side, you should be that voice. You must be that voice.

Remember, though, that at the centre of Christian faith is the loss of self, the setting aside of my rights for the redemption of others, a self-death like Christ died to self. In an election–or in any system of power–the people struggling for power tend to look less like Christ on the cross and more like the people that put him there. If you are a passionate partisan, this post isn’t for you.

For the rest of you, however, here are 4 tips about how to live like Jesus died on election day. How can you set yourself aside, to lay down your life for others? Here are 4 ideas that get you started. 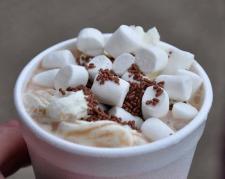 Tip 1: Hand out Water or Hot Chocolate to Voters in Lineups

The shine on democracy’s glossy exterior starts to dull a little after several hours of commuting to a polling station and then having to wait in line. A nice cup of hot chocolate, coffee, or tea–or even a bottle of water in those hotter states–can be a nice gesture. Some will distrust you and others will assume you are selling something. Just try not to break any laws for the sake of cocao comfort.

And don’t be weird or creepy. We are always open to faith conversations, but don’t paste a copy of the four spiritual laws or Ayn Rand’s economic principles to a sweaty can of Coke Zero. You are setting your life aside for the benefit of another; don’t use that opportunity to turn that person into a means to an end (i.e., a potential convert to faith or political ideas). There is always time later, when America has cleansed herself of the grime of this election, to have meaningful debate about life, the universe, and everything. 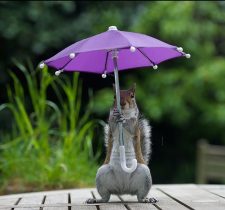 Sure, it might cost you a dollar store umbrella or two, but I have a funny feeling you’ll have few true umbrella bandits on election day. Here is a way you can spend an hour or two between shifts or before or after work or school blessing people waiting to vote. There is a kind of fellowship that queues can develop, but rain or extreme heat causes anxiety and breeds discontent. It won’t happen everywhere, but throughout the thousands of different kinds of polling conditions in the U.S. there will be transit strikes, road closures, under-prepared election staff, and technological failure.

If you would like to be the cool election line and you want to bless your neighbour, the sacrifice of a couple dozen umbrellas may have a beautiful pay-it-forward effect long after you head back to work or home–or to the local pub where large screens will display hours of anticipatory news. 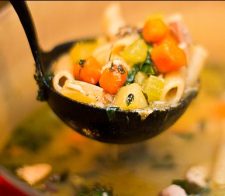 Tip 3: Pull an Extra Shift at your Local Soup Kitchen

If you aren’t a regular volunteer, you may end up doing a more mundane task like sweeping or setting the table. No matter. The soup kitchens, food banks, walk-in counseling programs, and after-school kids centres of the U.S. are energized by people of faith making a small part of their week a gift to someone else. Today could be one of those days.

But the link is even clearer–in my mind at least. Today is a day where Americans vote freely, asserting their individual human rights for the sake of the community as a whole. At the height of America’s public life as she expresses her unique place in the history of the world, it should be one day where no one is hungry in her streets and neighbourhoods. 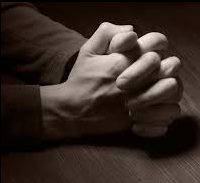 No doubt people all over the world will be praying fervently as the “s/he wins!” announcement comes close. But those prayers will sound remarkably like, “Oh God! Please don’t let him/her/them win!” I think that Christian prayer is something different than this particular kind of vocal spasm. Perhaps it looks something like this Old Testament sentiment:

“If my people, who are called by my name, will humble themselves and pray and seek my face and turn from their wicked ways, then I will hear from heaven, and I will forgive their sin and will heal their land” (2 Chronicles 7:14)

While America does not have a ratified covenant with God as the children of Israel did, it could be that humility, repentance, and prayer will move God to heal this great land anyway. For the United States of America is indeed in need of healing.

It’s true, these four tips are pretty vanilla. They are hardly revolutionary. And while it might be more exciting to wait at an intersection for someone to step in front of a car so you can save their lives, that might take days. As it turns out, a servant heart, a posture of self-giving like Christ has given of himself, is neither complex nor particularly costly. I cannot think of a greater antidote to this election cycle than a Christian people who spend one day living as if the Beatitudes were true.

(To read more works from Brenton Dickieson, visit A Pilgrim in Narnia)

← The Song of White Swan Flying
President Trump: My Fears, My Hopes, and a Call to Live the Gospel →

3 thoughts on “What Would Jesus Do on Election Day?: A Non-Partisan Christian Reflection”